It’s not every day that #OurRedcarCleveland is chosen as a filming location, so we were thrilled to watch Remembrance – a short sci-fi film with key shots filmed on Saltburn beach.

Remembrance writer and director Mark Jepson spoke exclusively to the Redcar | Cleveland Ambassadors and explained why he chose Saltburn. 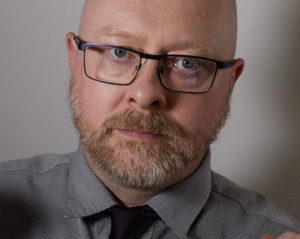 Mark said: “I visited several beaches around the UK, but couldn’t find the unspoiled beauty I was looking for until I got to Saltburn.

“When I stood on the cliffs and walked down to the beach I just knew it was the perfect location.

“Huntcliff has a dramatic rugged look, but the traditional pier gives the beach a feeling of fun and childhood innocence I wanted to capture in the flashback sequences.

“The only problem I had was bringing a film crew 250 miles from London and taking a risk with the weather.

“Thankfully – despite the wind and rain – we managed to get the shots we needed!” 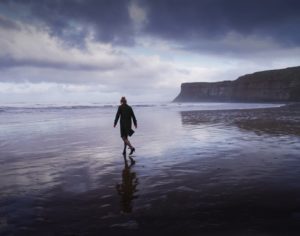 Mark took the time to praise the locals: “Saltburn was a great place to stay and the locals were fantastic.

“When we filmed the reunion of the mother and daughter I needed to clear the beach which was full of dog walkers and the occasional surfer, which I found bizarre as it was freezing cold in late October!

“I was expecting a few people to be a bit grumpy about this, but I couldn’t have been more wrong.

“They were really helpful letting us get our shots and were very friendly asking us all about the film.

“We even had a local photographer come and take pictures which ended up in the Gazette.” 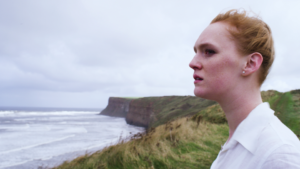 Mark said: “I’ve always wanted to have a go at making a sci-fi film, but didn’t want to get bogged down messing around with CGI or expensive sets.

“Once I came up with the idea of building my story around the re-experience of memory, then I knew I had an idea I could run with.

“I’m fascinated by dreams and memories and how they can change the we feel about ourselves. Like everyone else, I’ve also indulged in the fantasy of re-living memories and wishing I could change certain aspects of my past, so I thought that would be a good premise to explore in Remembrance.” 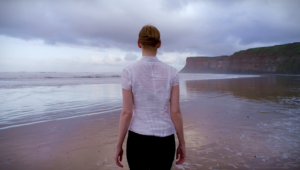 You can find out more about film at the Remembrance Facebook and Internet Movie Database pages.