You can now have your say on what the new Regent cinema in Redcar could look like.

The building’s façade and a fly-through video of the building are now available to view as part of the consultation for the project, inviting comments from members of the public.

In November 2019, Redcar and Cleveland Borough Council’s Cabinet approved an allocation of £9m from the Tees Valley Combined Authority Investment Fund for the redevelopment of the cinema.

It was agreed in principle that a new modern facility will be developed at the current site on Redcar seafront showing new film releases as well as more diverse screenings. 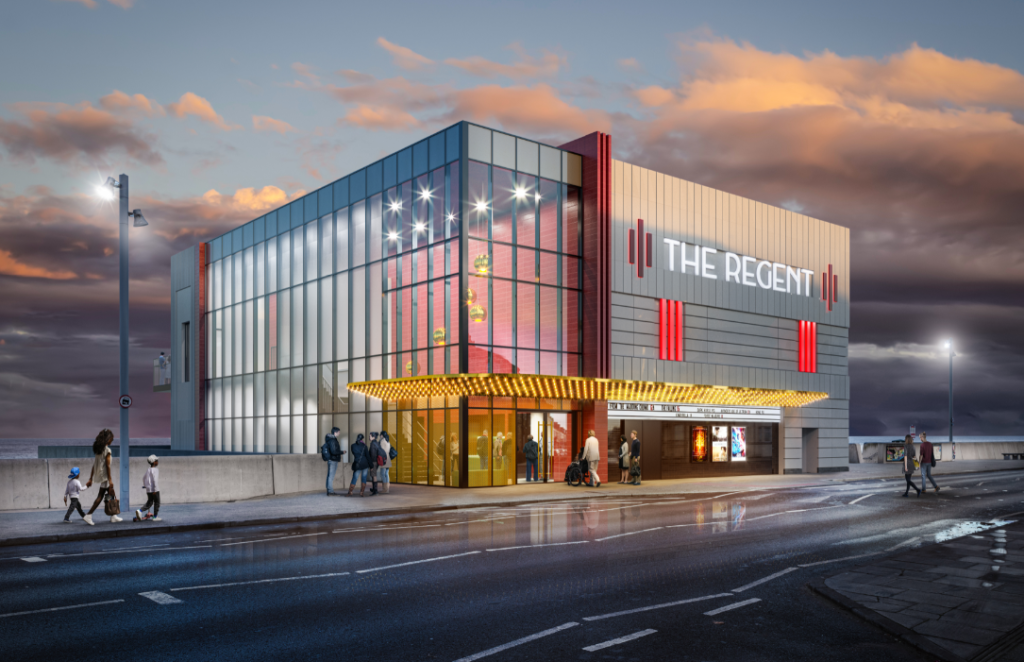 The venue has been designed to seat nearly 200 people in three screens with 34, 56 and 94 seats respectively. The cinema would also include a licensed café bar with spectacular sea views. Redcar & Cleveland Borough Council is encouraging people to see the plans and to give their views through the following ways:

Councillor Wayne Davies, cabinet member for Economic Development at Redcar & Cleveland Borough Council, said: “We know what the Regent Cinema means to the people of Redcar and Cleveland so we are encouraging as many people as possible to get involved in this consultation.

“We wanted this to be a vibrant and contemporary venue that keeps traditional aspects of the old cinema, so the architects have identified some key art deco design features that we knew people wanted to see, as well as staying with a similar colour palette to pay homage to the existing building.

“We’ve taken part in workshops with cinema industry experts so we can better understand which facilities would work best for this kind of cinema, and our ambition is to secure an independent operator, rather than a big cinema chain.

“This project will create new jobs for local people and will support existing businesses in the area through more footfall and visitors, so I’m really pleased to see the visuals come together.”

Construction could begin as early as July 2020, with an aim to open the cinema in early 2022.

In April 2018, the current building was closed for public safety, and following structural and building surveys, it was confirmed that the cinema had reached the end of its physical life.